Alan has enjoyed a long, sustained and successful career as an oratorio soloist and as a guest principal artist for many opera companies.

He was propelled into national prominence after winning the ISM’s Fesival Day Competition, followed by successfully auditioning as a BBC Radio 3 solo artist and selection by Sir David Willcocks to sing the bass solos in Messiah from Scratch at the Royal Albert Hall. He then enjoyed a flood of offers of engagement as an oratorio soloist, and built an extensive repertoire, appearing for well over 100 choirs and choral societies here and abroad.

He enjoyed a rewarding and award-winning operatic career, appearing with, notably, Glyndebourne, Welsh National Opera, Scottish Opera, English Touring Opera and many other besides. His roles are too many to list. Suffice it to say that there are very few popular operas in which he has not performed a role suitable for his bass-baritone voice.

Alan has now decided to re-direct his focus to oratorio where he began, and is enjoying a wave of invitations to sing. Future engagements currently include Messiahs, Haydn’s Creation,Verdi’s Requiem, the Stabat Maters of Rossini and Dvorak and a Faure Requiem. He also presents a light hearted programme of song which choral societies and charities have found useful for fund raising.

Alan sang his first concert with SCS, a Verdi Requiem, in Tewkesbury Abbey. He has since appeared with us several times and enjoyed taking part in a short tour of Belgium and Holland, and to France this year, singing with the choir. 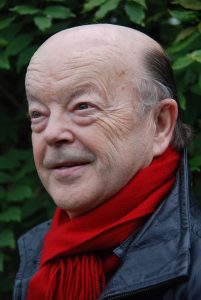